This is an interesting article I read in my RSS reader today. One of the notable concepts it discusses is the effect of "memory chains" activated at certain moments can inform future decisions.

They use the analogy of a musical orchestra. When you learn (and recall) individual concepts (in our case, flashcards), it is similar to playing a single musical instrument. At some point when one contemplates a decision, sometimes many disparately learned individual things chain together and shoot off a neurological symphony that can lead to the solution. Although one cannot say for certain how our brain works (It IS the most mysterious object in the universe), this certainly seems likely.

It is said that "chance favors the connected mind." Perhaps this is empirical evidence that supports such a statement.

Scientific American article
Posted by LittleFish at 10:00 AM No comments: I was able to memorize about 3,000 Japanese characters and the character readings (ON yomi, the reading based on Chinese. Japanese characters can be read multiple ways, and the ON yomi is the only reading that is consistent and can be grouped). To memorize the reading, each character was "stored" in a location that signaled the reading of the character. For example, everything pronounced "kaku" is stored in Shifting Sand Land from Mario 64. I applied this to every possible reading, creating a fairly robust list of location-reading pairings. This was resoundingly successful at learning Japanese.

When I began learning Chinese I created the same system for that language. At least one hundred locations for at least one hundred possible readings. This time, I had a harder time "pinning" the characters to each location. I toyed with things, but while my overall recall was good, but less than ideal when compared to Japanese, which was almost instantaneous.

Things changed drastically when I tried a different method. I decided to give a few Chinese characters a specific person (Real or fictitious) that became the "mascot" for that character. For example, Tony the Tiger became the mascot for "Great," Anthony Weiner is the mascot for "Remorse" and Method Man is the mascot for "Method." Once the assigned mascots were "stuck" to the desired character (Using initially short-interval flashcards), to remember that the character for "Remorse" is pronounced "ao (4th tone)," I simply imagine Anthony Weiner (Remorse) hanging out in the location for "AO" (The opening level of Banjo Kazooie). To remember "Method" is pronounced "fa" (3rd tone), I simply imagine Method Man in the tech demo I saw for the game "Heavenly Sword." 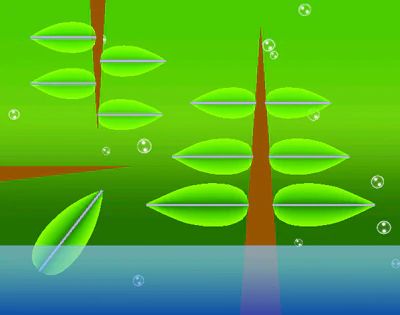 Creating (a) the link between character "concept" and the desired "mascot image" and (b) the link between a location and the pronunciation took quite a bit of time. But the ease with which I can remember a character, it's reading and concept is astonishingly fast. I speculate that it is because the concept "method" is somewhat abstract, but "Method Man" is very distinct, and will not likely get confused with concepts like "option" or "way." It is also much easier to store a concrete image in a mental location when compared to an abstract one. After my spaced repetition program sent one of my character pronunciation flashcards 20 or 30 days into the future (And it was reviewed 3-5 times), I had very little problems recalling the word. I can almost "feel" when a word I am learning goes from a short term memory to a slightly longer term memory.

Now that I had adequately memorized this concept's pronunciation in Chinese, I was curious to see if I could remember "method" in Greek (A language I am not really learning... yet). In Greek the word is "τρόπος" and pronounced "tropos." After creating a location to correspond to "tro" (ElecTROplankton level from Smash Brothers), I tried to memorize "method (man)" in Greek, using the location to remind me of the beginning syllable; Method Man was hanging out in the Electroplankton level. After a few days and a few flashcard repetitions, I was able to remember it with as much ease as I did "method" in Chinese. Because I knew the Chinese word very well, there was no overlap when I tried to recall the Greek word. I have tried this with other words, and it has worked very well.

Here is what I am doing: Right now I am creating a list of words and images that correspond to each of them, just like "Method Man" corresponds to the concept "method." Over the last month I have been able to link about 1,400 images to 1,400 concepts, most of them based on the Chinese character keyword assigned to them from the book "Remembering the Hanzi." Many Chinese character readings I already know, and there is no reason to re-memorize them using this updated method, but with these characters I have begun memorizing the same concept in other languages (Russian, Turkish, Hebrew, Spanish, etc.). It takes about 10-20 days for the new reading to become automatic, and then I can move on to another language. Over the past month or so I have learned to say "cat" in 6 new languages, for example.

For long-term implementation, I think this method could be used to gobble up important vocabulary words for languages one desires to learn. My long term goal is to speak as many languages as possible (20+), and while this method might be cumbersome for just learning ONE new language, for learning vocabulary over multiple languages over time, this seems to be very effective.

(I was listening to a Let's Play that featured a Russian character that said "harasho!" which I memorized was "good" in Russian a few days before. That felt good.)

Has anyone tried anything similar to this? It is working SUPER well for me, I can learn words as quickly as I can create flashcards for them (At least that's how it feels).
Posted by LittleFish at 8:48 AM 5 comments: When it comes to language learning, very often books and blogs are overly dogmatic on their recommended methodologies ("This is absolutely the only way you can learn the language"), or they promise more than they can deliver. For example, Tim Ferris is a guy with many interesting things to say, but you must take him with a grain of salt. On his blog and in his books he makes the claim that one can learn a language in only three months using various "language hack" techniques. I am deeply interested in ANY WAY I can make memorization and learning languages easier, so I make sure to at least investigate any article or book that claims to help with this. While many suggestions made by Tim Ferris and others like him are helpful, very often they are not realistic. (Heck, there is a website where "fluent in 3 months" is literally in the URL)

Often a great deal of actual good advice is buried under a mountain of fluffy anecdotes or buzzfeed-style lists of "why being multilingual is good." Often the people writing such advice have the financial freedom to spend a great deal of time learning languages without worrying about a job (Or they are making money selling books about their "secret techniques").

Considering the current landscape of language learning books and internet material, when I saw the book "Fluent Forever," I was fairly skeptical. But after reading the book in its entirety, I was pleasantly surprised at how reasonable the advice of the book is.

Here are some of the most valuable points covered in the book:

-The core message is that Spaced Repetition Systems (SRS) should be used to "save your language mementos" that you gather while studying (Rather than a tool for bulk memorization with no context). This is accurate, because learning is done BEFORE memorizing (Not often recognized or enforced in language courses or schools).

-The internet is the world's biggest picture book. Instead of making flashcards that have things written in your native language ("Cat" or "dog"), flashcards should feature a picture of the thing you are trying to remember. -Looking up words IN THE TARGET LANGUAGE will yield different results when compared to looking up the same word in your native language. This is because the pictures are filtered through the culture of your target language, and the overall images you see reflect the different thinking of those people. For example, "hot" in English easily includes to "sexually attractive," media that is popular in the cultural zeitgeist, and pictures of Will Ferrill ("So hot right now!").

-Using "Google Image Search Classic" will show sentences that include the word you are looking up on Google. This is helpful in creating full sentence flashcards and can help expand your grammar.

-Using services such as lang-8 allow native speakers to correct your attempts at making sentences, providing quick feedback (Depending on the language you are learning), removing a bit of guesswork in your language acquisition life.

Overall I was happily surprised that it wasn't filled with more fluff and Malcom Gladwell-esque feel-good pieces that point towards vague non-insights (Nothing against Malcom Gladwell, I have read most of his books; not sure what that says about me, haha). This book is worth at least taking a look at.

Although I don't agree with everything he says in the book (I don't think EVERY language flashcard should be only pictures), I have reexamined my learning style in light of the suggestions in the book. If they prove helpful, I will elaborate more on them in the future.

(Picture of Mugatu from keyyys [Deviantart page])
Posted by LittleFish at 11:11 AM 1 comment:

Just because something is believed by a large group of people doesn't mean that it is true (At one point the world was believed to be flat, supported by Atlas, etc.). Today the concept of "learning" has been fairly misrepresented on many levels of education. Just as senseless traditions and myths have held mankind back, traditions in teaching (and learning) and myths of human memory retard the overall intellectual progress of the general public. Spaced repetition is not the silver bullet to this problem, but it certainly is a key component (At least I think so). I have started reading the book mentioned in this interview (Make It Stick: The Science of Successful Learning) within SuperMemo, I will post after I finish reading it and what new tidbits I find.

The interview here pretty much echoes the validity of a SRS-centric lifestyle. If you have been doing research on spaced repetition for quite some time, most of the details of this interview should come as no surprise, but it is nice to know that there is hard data to back up claims. At least you aren't believing something just because "it feels right."
Posted by LittleFish at 10:30 AM No comments: