Making Historical Figures (And Others By Extension) More Exciting

I enjoy learning about history, but often I have a problem with keeping different historical figures separate in my mind. Plato, Aristotle and Socrates are three different philosophers, but for each of them I imagine a guy with a beard reading a book. Once you learn more about their contributions to history, you can help make them a bit more distinct. For example, instead of Plato being a bearded guy, you can say "Plato is the bearded guy that helped establish the teaching of the trinity among those professing Christianity." While this can be "linked" to Plato, it still doesn't give Plato any visual distinction over the other two philosophers, you only get a bit more information about him. 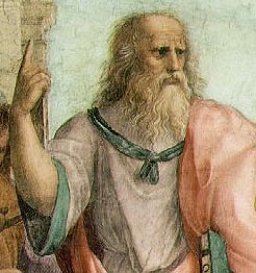 To fix this, you could go to Google Image search and find various paintings, statues and other depictions of Plato, Aristotle and Socrates, but you are likely to find pictures of old guys with beards with only a mild amount of variation. While this might do the trick, my goal is to keep them visually separate in my mind. If you wish to remember how Plato, Aristotle and Socrates were depicted, you could create flashcards saying "Who is this piece of art depicting? [...] Socrates." But if the goal is to keep them separate in your mind, there is something (I have found to be) even more effective to do:

About 5 weeks ago, I found a web site called ConceptArt.org. As the name suggests, it is a web site where talented people post concept art to be used in various movies, animated shorts, games, etc. While some of the concept art is used for an actual product, much of the art never goes beyond the conceptual period. Maybe the game or movie never gets enough momentum to see the light of day, or maybe the concept art is just a creative exercise. Regardless, the ConceptArt.org web site is a treasure trove of memorable looking characters, robots, landscapes, etc. Recently I have been going through their forums and saving pictures of anything remotely interesting I've found. I'm trying to organize them into different folders such as "male characters," "female characters," "robots," "villains," etc. As I encounter a historical figure that I don't know very well or cannot visualize easily, I go into one of those folders and find a piece of cool concept art and use it to represent that historical figure. 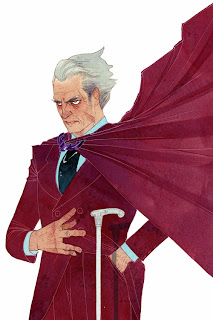 While it is certainly unrealistic to think of Plato as a cyberpunk samurai or video game protagonist, the purpose is to make him distinct in your mind. Associating some (even bizarre) sort of picture with someone will keep him/her distinct from other similar people. Also, if you prefer your mental image of someone to be more realistic, Flickr is a very good resource for simple pictures of people. Just search for "male" or "female" and organize them by date posted (You are more likely to get candid and "unremarkable" shots of people). Find a picture that you like and create a topic in Supermemo saying "Who is this guy? Plato." and look at it every day until you are sure you have established a solid enough mental "link" with the two. For me, it has taken anywhere from 3 to 7 days for any given picture-person image to successfully "link."

Some might raise to the objection "Shouldn't you imagine your own image of a person? Why do you have to be unoriginal and use someone else's work?" While creating your own image of someone is a possibility, I have recently begun viewing artwork, music, movies, etc. as potential mental "shortcuts" that I can remix as I see fit in my memory. Someone else has already captured a really neat idea (Picture, music, etc.) through many hours of effort and revision. When you're trying to use established concepts as mental anchors, however, the priority shifts; no longer is originality the most important thing. Instead one's focus becomes the efficient remixing of established concepts in the mind; the "cognitive extension" of the "remix culture" we find ourselves in.

Your past experiences and memories are an essential part (Some would argue the most essential) part of who you are. If you're going to efficiently keep information that makes you a better person (Whatever one considers "culture"), you might as well have fun while acquiring and storing that information by using other people's work.

In conclusion: That guy in red? That is my mental image for Plato. Why? Because it's useful and makes thinking more fun.
Posted by LittleFish at 12:49 PM 11 comments: 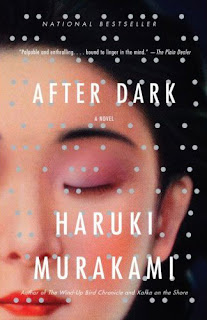 I have found that often I will often get frustrated at information that isn't "sticky" enough to last one or two repetitions in Supermemo. If this ever happens, the first step should be to create a mnemonic, however basic or silly. But what if a mnemonic simply is not feasible? For example, what if you are trying to remember a certain point of foreign language grammar that doesn't easily conform to a mnemonic system? I think I found the answer: meaningful (pseudo)context.


When I wasn't studying Chinese very seriously, I had a hard time recalling certain grammar points. This was partly because I wasn't putting much effort into studying the language, but I was also unfamiliar with the language itself (Individual words and the "flow" of conversation). But a certain piece of grammar cemented itself in my head while I was reading the novel "After Dark" by Haruki Murakami. Although I stopped reading After Dark halfway through, I can tell that Murakami does a very good job at capturing a particular atmosphere and drawing you into it. The characters of After Dark felt like they had depth.


Later on in the book, a Japanese girl that speaks Chinese has a brief conversation with a Chinese girl. While many Chinese example sentences have slipped my mind over time, After Dark's brief Chinese conversation stuck with very little effort. In fact, those same sentences could be in a Chinese textbook and be just as forgettable as any other sentences. But once they are part of an interesting novel, those words suddenly stick in my mind. Why is this? Because I was emotionally and mentally invested in the characters that spoke; thus their words had added weight in my mind. They weren't just sentences, they were words spoken by two characters with a back story.


So how can you convert something forgettable and "unsticky" but important? After all, there will not always be a movie or book that directly addresses the thing you are trying to learn. You are left to create your own context. This is what I've been doing (With Chinese grammar or any unsticky information): 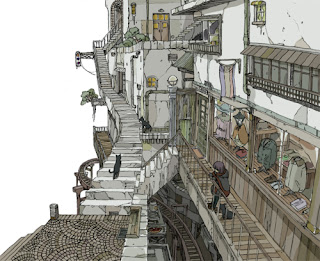 Step 1: Have a folder of assorted neat pictures (Photos/ paintings/ digital artwork/ etc.).
Step 2: Select one picture to go with that flashcard.
Step 3: Passively review that flashcard every day until the word-picture pairing feels familiar.
Step 4: Create a flashcard, making sure that you do not see the picture when being asked the question.
Step 5: Give the flashcard a few weeks to be reviewed, evaluate if the memory link is still there or not.


Why wait until you are given the answer to reveal the picture? If you saw the picture before you tried to recall the answer, there is a risk in you associating the picture with the correct answer rather than the context of the flashcard. That is one of the negative aspects of the Rosetta Stone language software. When sentences become complicated, you associate the answer with a picture rather than what you should be learning. While picture-answer flashcards are useful for nouns, for more complicated or abstract material it doesn't appear to be as effective.


What is the goal of repeatedly viewing a (seemingly) unrelated picture alongside unsticky information? Establishing context, "legit" or not. As you repeatedly view the word-picture pair, you might even create a plot surrounding the information in question.

One ancient proverb says "to the making of many books there is no end." Especially today, information is very cheap. But as Einstein said, "information is not knowledge." Having lots of information at your fingertips doesn't mean anything unless it is meaningful to the reader and is applied in one's life. Therefore, instead of procrastinating by saying "I can't learn this language until I buy this awesome "Sentence Pack ABC" that I've been told I must buy" or "I cannot learn about subject ABC until I go and spend money on a book about it," simply use one of the many free resources online and start dissecting it! Using pictures (And no doubt other media such as movies or music, although I have only tried pictures), information can (and should) be as interesting as it is important. If it doesn't seem interesting, brainwash yourself into thinking it is interesting!
Posted by LittleFish at 11:42 AM 3 comments: